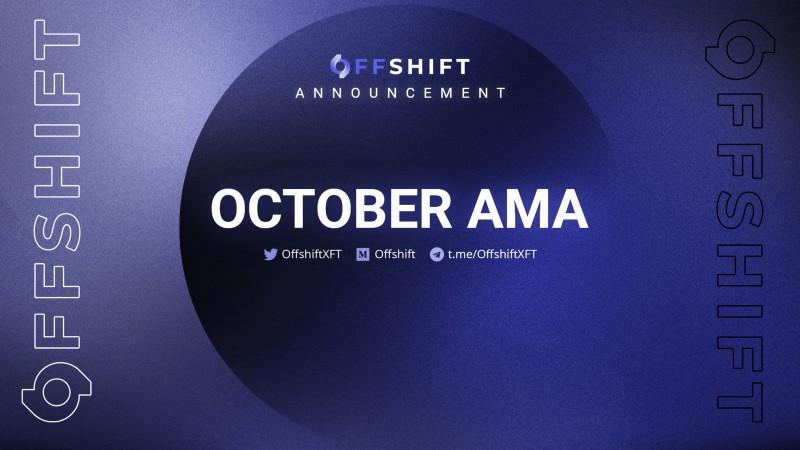 A lot’s happened since our last AMA. We announced the three-phase rollout of our testnet, and launched phase one. We locked all token reserves on-chain in timeLock smart contracts. We gave away 1,000 XFT in the Offshift Content Contest, which produced many quality memes. And at the end of last month we announced the integration of Chainlink oracles and launched phase two of the Offshift testnet.

While we’re hard at work building the Offshift protocol and ecosystem, we certainly want to keep our community in the loop, so we’re holding our second AMA!

Feel free to ask Johnny, Paul or George anything Offshift-related via the form below. We’ll collect questions through the end of the week (ending October 25th) and post the answers here on Medium sometime the following week.

In the meantime, come by our community Telegram and say hello, and don’t forget to follow the official Offshift Twitter!